Different Types of Golf Clubs and Their Uses

There is so much to learn when you are new to golf, but probably the first thing you need to know about are the golf clubs you will be using.

Along with other golf equipment, the clubs are likely to be one of the first things you purchase. So, it is important to know what you are getting.

In this article we will take you through all the basic golf clubs. Looking at what they are called and how they are used on the course.

Every golfer is allowed to carry up to 14 clubs as per the Rules of Golf. The specific clubs you choose are entirely up to you.

Beginners do not necessarily need to have all 14 clubs, but as a minimum it is advisable to carry at least a half-set (e.g. driver, hybrid, 6-iron, 8-iron, pitching wedge, sand wedge, putter). If you are new to the game, these clubs cover enough distance gaps and are generally the easiest to use.

Drivers have the largest club head and lowest loft of all the golf clubs (excluding a putter). Standard lofts are between 8-12 degrees. They are designed to hit the ball the furthest distances, so are common for golfers to use off the tee on longer holes.

You will typically hit a driver off a tee. The larger club head means that the sweet spot is higher in the face, so teeing the ball up places it in an easier location. Only elite golfers should ever attempt to hit their driver from the fairway.

Beginners may be intimidated by the large club head and longer shaft of a driver, but they shouldn’t be. There may be the chance of a more wayward shot, but the larger size allows for a bigger sweet spot and more forgiveness than other golf clubs.

Technically the driver is also a “wood”. It was previously referred to as a 1-wood, but most golfers consider the driver its own category of club. Modern drivers are now made from titanium or a titanium composite featuring carbon or tungsten.

Check out our recommendations for the best drivers in 2021.

Fairway woods have a smaller and shallow club head compared to a driver. The 3-wood (15-18 degrees) and 5-wood (20-22 degrees) are most common for golfers to use. They traditionally bridge the distance gap between a golfer’s driver and longest iron.

Some golfers may also choose higher lofted fairway woods to replace their longer irons. You can find golf manufacturers that still release an 11-wood (27 degrees).

You can use fairway woods off the tee or from the fairway. They will not travel as far as your driver from the tee, but can be more accurate. From the fairway they can be used to hit the ball the longest distances of all your golf clubs.

The fairway wood often splits opinion amongst golfers. Some find these clubs the hardest to use, whilst others seem to use them off the tee and from the fairway all the time. You need enough swing speed and a specific style of swing to really get the most from fairway woods.

They get their name as they were originally made from wood. However, modern fairway woods are now usually made from either steel, titanium or a composite.

A relatively modern golf club, hybrids became popular in the 1970s with the invention of the Baffler and Ginty. Originally designed to help high handicappers that struggled with their long irons, hybrids are now commonplace in any golfer’s bag.

These clubs are a combination of an iron and a fairway wood. They look like a smaller version of a fairway wood and have much of the same technology, but are swung more like an iron thanks to their shorter shafts and higher lofts.

Hybrids have superior forgiveness than long irons and fairway woods, plus it is easier to get the ball airborne. They are also versatile and can even be used to hit from the rough or bunkers.

Hybrids are most commonly found with lofts from 18-24 degrees, which are designed to replace 3-6 irons respectively. However, there are even complete hybrid-iron sets available for golfers that want to replace all their irons with hybrid clubs.

You will sometimes see hybrids also referred to as rescues.

Irons will get progressively shorter in shaft length and higher in loft as you go down from a long to short iron. This is what causes irons to decrease in distance. The closer you get to the hole, the more loft you need and the shorter the iron.

The higher the number, the more loft an iron has. Modern irons have developed stronger lofts as technology has advanced, but typically a standard pitching wedge will have a loft of between 43-46 degrees, a 7-iron between 30-32 degrees and a 4-iron between 21-22 degrees.

Traditionally, iron sets came as 3-iron to a pitching wedge. However, as we mentioned above, many golfers are now choosing to replace longer irons (3-5 irons) with hybrids or fairway woods for more forgiveness.

Wedges have the highest loft of all the golf clubs and are typically used for short shots, approaches and chipping. They are versatile and can be used from any type of lie or surface.

Wedges are still often categorized into four general different types: pitching wedge (46-48 degrees), gap wedge (50-54 degrees), sand wedge (56-58 degrees) and lob wedge (60+ degrees). However, many modern wedges will just show the loft on the sole rather than the type.

The putter will be every golfer’s most used club in their bag. They are used on the green to hit the golf ball into the hole. Golfers need to read the green, then hit the ball on the correct line and pace.

Modern putters come in all different lengths, shapes and sizes. There are so many styles to choose from: arm-lock and belly putters, blades and mallets, toe hanging or centre weighted – just to name a few.

Whatever putter you choose, make sure you are confident with it. Putting can be one of the most frustrating or rewarding parts of golf and many golfers take up roughly 40% of their shots putting. 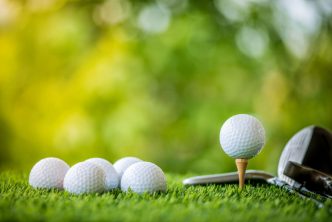 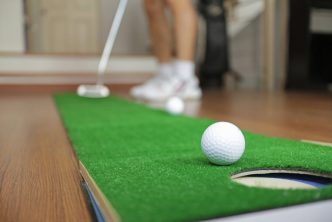 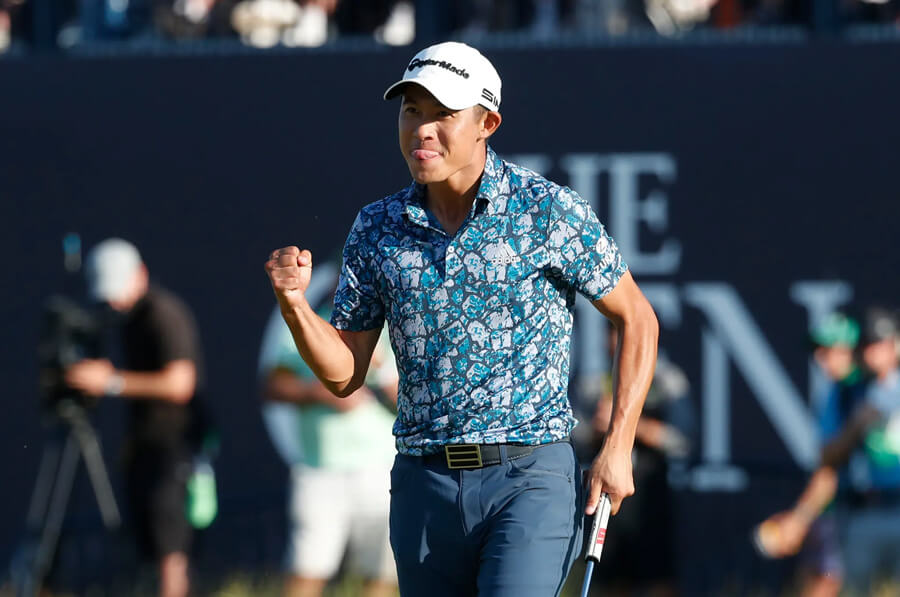 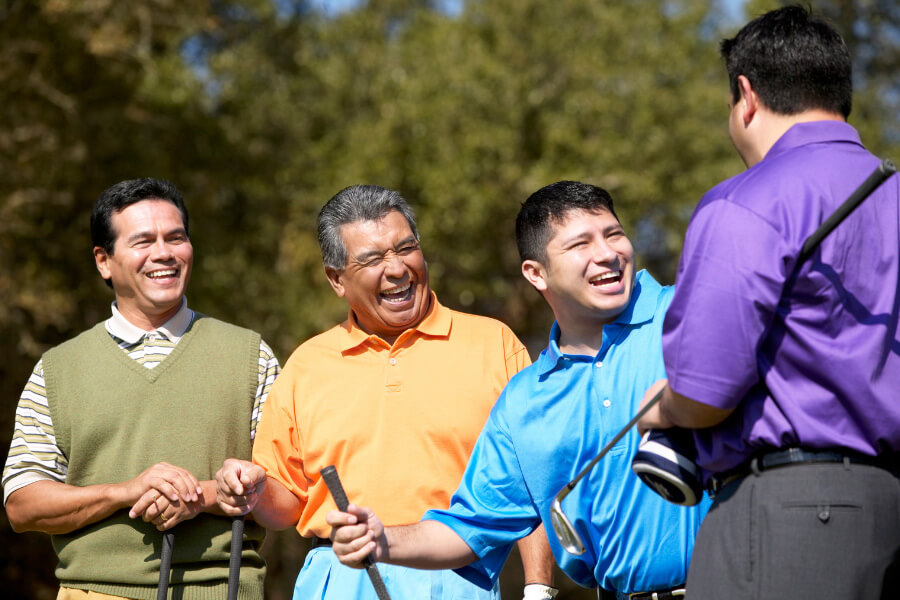